I managed to reproduce this in my lab, and this is what it looks like in the UI: 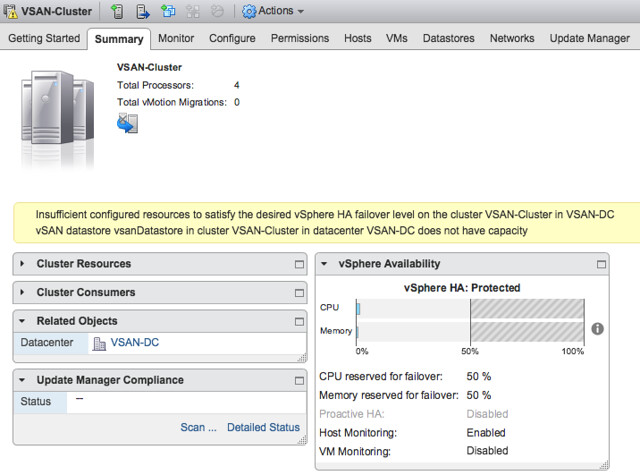 It seems to happen when there’s a minor difference in resources between the host, but I am not 100% certain about it. I am trying to figure out internally if it is a known issue or not, and will come back to this when I know in which patch it will be solved and/or if it is indeed a known issue.