I’ve been working on a whole bunch of VSAN diagrams… I’ve shared a couple already via twitter and in the various blog articles, but I liked the following two very much and figured I would share it with you as well. Hoping they make sense to everyone. Also, if there are any other VSAN concepts you like to see visualized let me know and I will see what I can do.

First one shows how VSAN mirrors writes to two active mirror copies. Writes need to be acknowledged by all active copies, but note they are acknowledged as soon as they his the flash buffer! De-staging from buffer to HDD is a completely independent process, even between the two hosts this happens independently from each other. 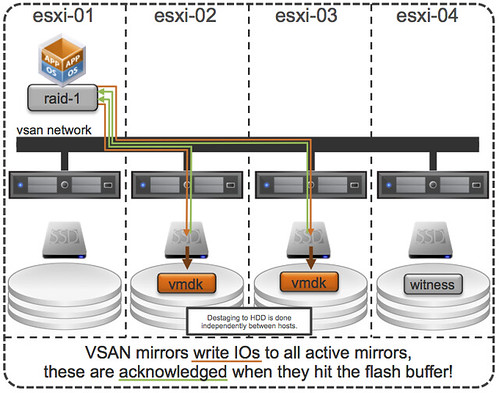 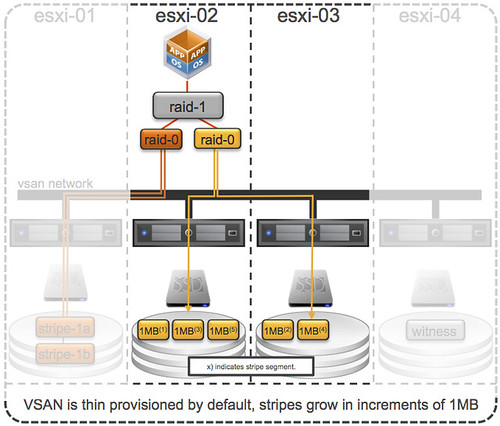 Just a little something I figured was nice to share on a Friday, some nice light pre-weekend/VMworld content 🙂