A question popped up on our internal slack earlier these days, and as I didn’t find anything online for it I figured I would write a quick article. When you look at your datastore, you may find various folders. Some you will recognize like the “.vSphere-HA” folder structure, which is used by vSphere HA, others you may not recognize, like the folder called “catalog” (see screenshot below), which has folders like “shard”, “mutex”, “tidy”, and “vclock” in it. The folder “catalog”, and all folders underneath, are created automatically when you use First Class Disk’s (FCD). FCD uses the folder structure to store it’s metadata in it. So please do not remove/delete or touch these folders. If you like to know more about FCD, make sure to read Cormac’s post on it.

I had a question this week on twitter, it was about the fact that DQLEN changes to values well below it was expected to be (30) in esxtop for a host. There was latency seen and experienced seen for VMs so the question was why is this happening and wouldn’t a lower DQLEN make things worse?

My first question: Do you have SIOC enabled? The answer was “yes”, and this is (most likely) what is causing the DQLEN changes. (What else could it be? Adaptive Queueing for instance.) When SIOC is enabled it will automatically change DQLEN when the configured latency threshold is exceeded based on the number of VMs per host and the number of shares. DQLEN will be changed to ensure a noisy neighbor VM is not claiming all I/O resources. I described how that works in this post in 2010 on Storage IO Fairness.

How do you solve this problem? Well, first of all, try to identify the source of the problems, this could be a single (or multiple) VMs, but it could also be that in general, the storage array is running at its peak constantly or backend services like replication is causing a slowdown. Typically it is a few (or one) VMs causing the load, try to find out which VMs are pushing the storage system and look for alternatives. Of course, that is easier said than done, as you may not have any expansion possibilities in the current solution. Offloading some of the I/O to a caching solution could also be an option (Infinio for instance), or replace the current solution with a more capable system is another one. 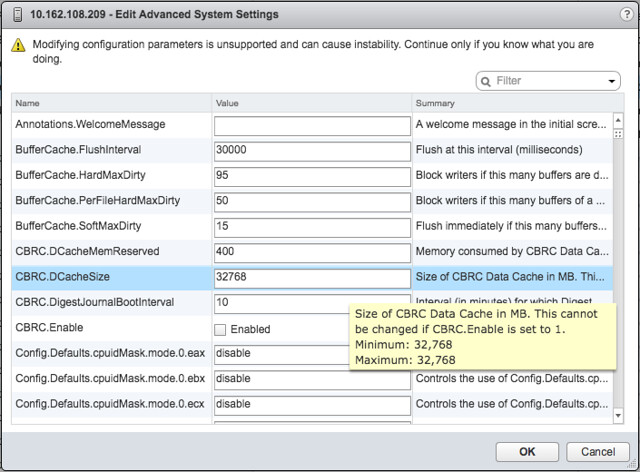 I received this question yesterday about material around VMFS. Of course I pointed them to the white paper Cormac recently published, which is an awesome read. But I also had this other link laying around which I forgot to share with the world. This paper is written by Satyam Vaghani (former VMware Principal Engineer, now CTO of PernixData) and is a true deepdive on VMFS and topics like locking / metadata. Do note that this paper was written in the VMFS 3.x timeframe, and as such some of the concepts might have changed.

Nevertheless, a very interesting read if you ask me! Make sure to pick up a copy here.

At several VMUGs I presented a question that always came up was the following: “Should I use many small LUNs or a couple of large LUNs for Storage DRS? What are the benefits of either?”

I posted about VMFS-5 LUN sizing a while ago and I suggest reading that first if you haven’t yet, just to get some idea around some of the considerations taken when sizing datastores. I guess that article already more or less answers the question… I personally prefer many “small LUNs” than a couple of large LUNs, but let me explain why. As an example, lets say you need 128TB of storage in total. What are your options?

However, that is just a one-time effort. You format them with VMFS, add the to the datastore cluster and you are done. Yes, it seems like a lot of work but in reality it might take you 20-30 minutes to do this for 32 LUNs. Now if you take a step back and think about it for a second… why did I wanted to use Storage DRS in the first place?

Storage DRS (and Storage IO Control for that matter) is all about minimizing risk. In storage, two big risks are hitting an “out of space” scenario or extremely degraded performance. Those happen to be the two pain points that Storage DRS targets. In order to prevent these problems from occurring Storage DRS will try to balance the environment, when a certain threshold is reached that is. You can imagine that things will be “easier” for Storage DRS when it has multiple options to balance. When you have one option (2 datastores – source datastore) you won’t get very far. However, when you have 31 options (32 datastores – source datastore) that increases the chances of finding the right fit for your virtual machine or virtual disk while minimizing the impact on your environment.

I already dropped the name, Storage IO Control (SIOC), this is another feature to take in to account. Storage IO Control is all about managing your queues, you don’t want to do that yourself. Believe me it is complex and no one likes queues right. (If you have Enterprise Plus, enable SIOC!) Reality is though, there are many queues in between the application and the spindles your data sits on. The question is would you prefer to have 2 device queues with many workloads potentially queuing up, or would you prefer to have 32 device queues? Look at the impact that this could have.

Please don’t get me wrong… I am not advocating to go really small and create many small LUNs. Neither am I saying you should create a couple of really large LUNs. Try to find the the sweetspot for your environment by taking failure domain (backup restore time), IOps, queues (SIOC) and load balancing options for Storage DRS in to account.