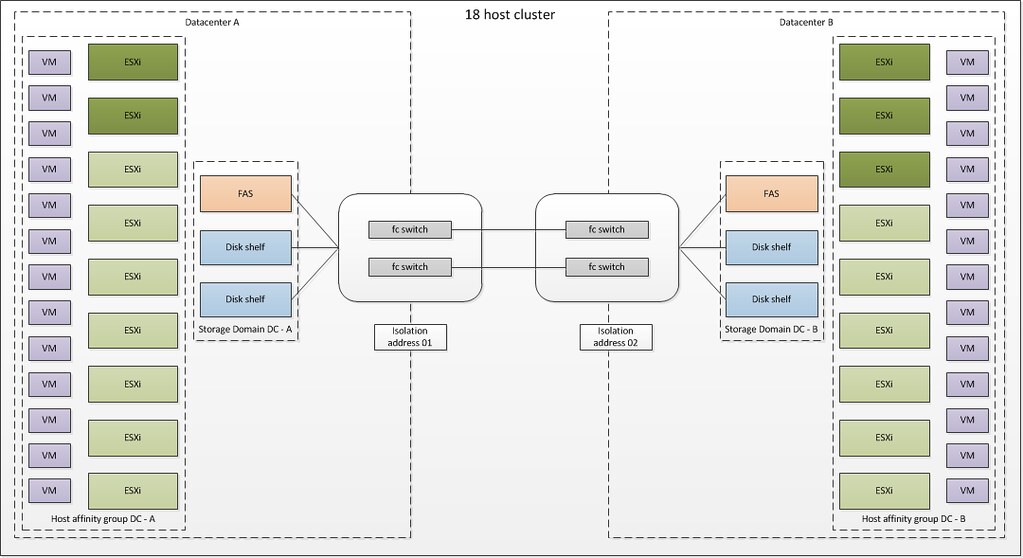 Lately I have been seeing more and more people recommending to limit clusters to eight hosts. I guess I might be more or less responsible for this “myth“, unintentionally of course as I would never make a recommendation like that.

Another justification for a single cluster is DRS. More hosts in a cluster leads to more opportunities for DRS to balance the cluster. A positive “side effect” is also that the chances of resource congestion are reduced because there are more VM placement combinations possible.

Is there a recommendation? What is the VMware Best Practice? There simply isn’t one that dictates the cluster size. Although the maximums should be taken into consideration for support you should calculate your cluster size based on customer requirements and not on a max config sheet.