Last week VMware officially released an official paper around Deployment Best Practices for HA. I was one of the authors of the document. Together with several people from the Technical Marketing Team we gathered all best practices that we could find, validated and simplified them to make it rock solid. I think it is a good read. It is short and sweet and I hope you will enjoy it.

This paper describes best practices and guidance for properly deploying VMware HA in VMware vSphere 4.1.  These include discussions on proper network and storage design, and recommendations on settings for host isolation response and admission control.

After attending Irfan Ahmad’s session on Storage IO Control at VMworld I had the pleasure to sit down with Irfan and discuss SIOC. Irfan was so kind to review my SIOC articles(1, 2) and we discussed a couple of other things as well. The discussion and the Storage IO Control session contained some real gems and before my brain resets itself I wanted to have these documented. 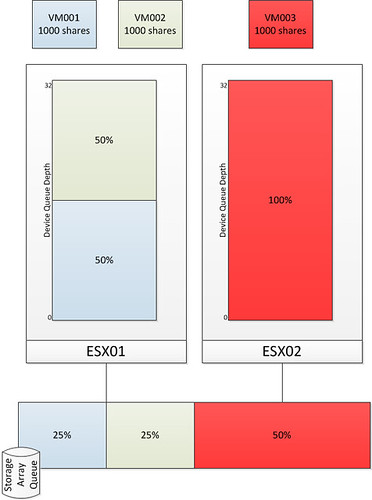 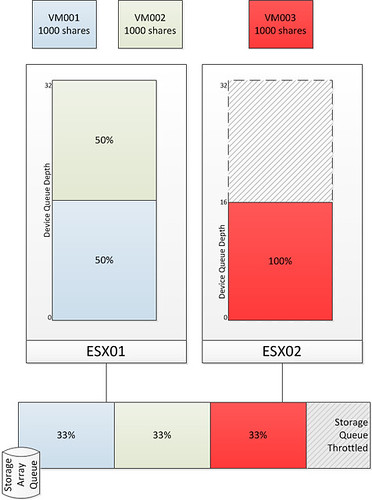 In response to Gabes article on default installation settings there are some things I personally almost always do different and I wanted to point them out. Consider them my recommendations / best practices and not necessary VMware’s. I’ve added two (*) and have a different opinion on some of Gabe’s best practices (-)

A question we receive a lot is what kind of zoning should be implemented for our storage solution? The answer is usually really short and simple: at least single initiator zoning.

Single initiator zoning is something we have always recommend in the field (VMware PSO Consultants/Architects) and something that is clearly mentioned in our documentation… at least that’s what I thought.

On page 31 of the SAN Design and Deploy guide we clearly state the following:

When a SAN is configured using zoning, the devices outside a zone are not visible to the devices inside the zone. When there is one HBA or initiator to a single storage processor port or target zone, it is commonly referred to as single zone. This type of single zoning protects devices within a zone from fabric notifications, such as Registered State Change Notification (RSCN) changes from other zones. In addition, SAN traffic within each zone is isolated from the other zones. Thus, using single zone is a common industry practice.

That’s crystal clear isn’t it? Unfortunately there’s another document floating around which is called “Fibre Channel SAN Configuration Guide” and this document states the following on page 36: