I had some customers asking where the storage performance proactive test and the multicast proactive test was in the latest release of vSAN. In the past this is what the UI looked like when they would go to the Proactive Test section: 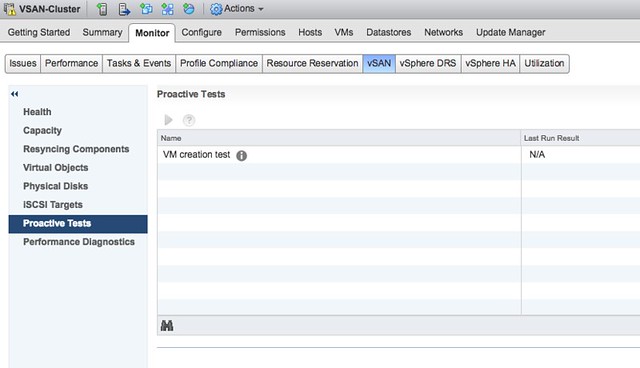 What happened? Well, two tests have been removed. I guess most people will understand why the Multicast test has been removed, with the disappearance of Multicast in vSAN the test was not needed any longer. To be clear, if you are running vSAN in unicast mode the test will not show, if you are running in multicast mode however then of course the test will still be shown. But what about the Storage Performance Test?

We have noticed that most customers were using HCI Bench when doing benchmarks or using their own tooling (please don’t use legacy tools). Those who were using the proactive test often drew incorrect conclusions as it does not provide the flexibility a solution like HCI Bench offers. VMware felt that HCI Bench was a more suitable solution for doing benchmarks and this is definitely VMware’s recommended solution, as such the decision was made to focus on HCI Bench from a development perspective and deprecate the perf benchmark feature in the Proactive Tests section.