Today the Rubrik 2.0 release was announced. I’ve written about who they are and what they do twice now so I am not going to repeat that. If you haven’t read those articles please read those first. (Article 1 and article 2) Chris Wahl took the time to brief me and the first thing that stood out to me was the new term that was coined namely: Converged Data Management. Considering what Rubrik does and has planned for the future I think that term is spot on. 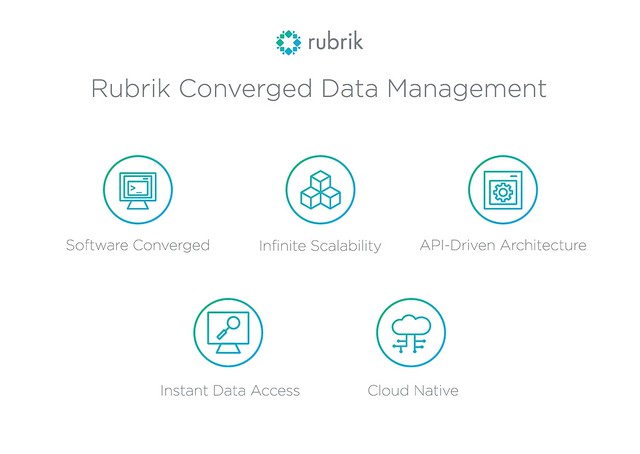 When it comes to 2.0 there are a bunch of features that are introduced, I will list them out and then discuss some of them in a bit more detail:

Lets start at the top, a new model is introduced next to the two existing models. The 2 other models are also both 2U/4Node solutions but use 4TB drives instead of the 8TB drives the R348 will be using. This will boost capacity for  single Brik up to roughly 300TB, in 2U this is not bad at all I would say.

Of course the hardware isn’t the most exiting, the software changes fortunately are. In the 2.0 release Rubrik introduces replication between sites / appliances and global dedupe which ensures that replication is as efficient as it can be. The great thing here is that you backup data and replicate it straight after it has been deduplicated to other sites. All of this is again policy driven by the way, so you can define when you want to replicate, how often and for how long data needs to be saved on the destination.

Auto-protect is one of those features which you will take for granted fast, but is very valuable. Basically it will allow you to set a default SLA on a vCenter level, or Cluster – Resource Pool – Folder, you get the drift. Set and forget is basically what this means, no longer the risk of newly provisioned VMs which have not been added to the backup schedule. Something really simple, but very useful.

When it comes to applications awareness Rubrik in version 2.0 will also leverage a VSS provider to allow for transactional consistent backups. This applies today for Microsoft Exchange, SQL, Sharepoint and Active Directory. More can be expected in the near future. Note that this applies to backups, for restoring there is no option (yet) to restore a specific mailbox for instance, but Chris assured me that this on their radar.

When it comes to usability a lot of improvements have been made starting with things like reporting and capacity planning. One of the reports which I found very useful is the SLA Compliancy reporting capability. It will simply show you if VMs are meeting the defined SLA or not. Capacity planning is also very helpful as it will inform you what the growth rate is locally and in the cloud, and also when you will be running out of space. Nice trigger to buy an additional appliance right, or change your retention period or archival policy etc. On top of that things like object deletion, task cancellation, progress bars and much more usability improvements have made it in to the 2.0 release.

All in all an impressive release, especially considering the 1.0 was released less than 6 months ago. It is great to see a high release cadence for an industry which has been moving extremely slow for the past decades. Thanks Rubrik for stirring things up!