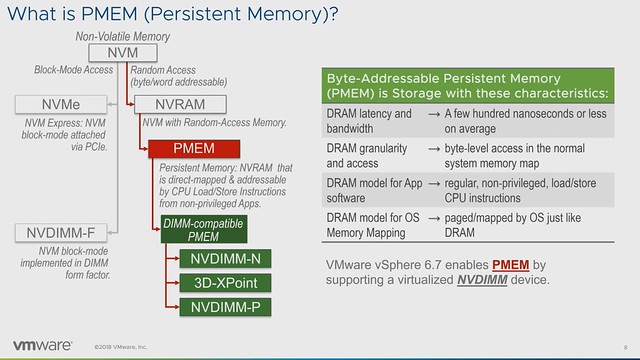 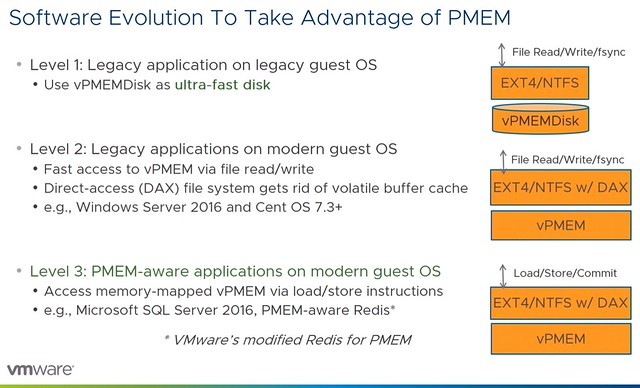 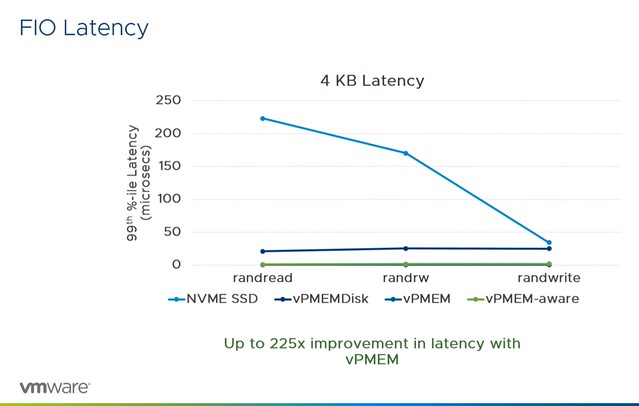 Today I noticed this whitepaper titled: Persistent Memory Performance on vSphere 6.7. An intriguing topic for sure as it is something “relatively new and something I haven’t encountered too much in the field. Yes, I talk about Persistent Memory, aka NVDIMMs, in my talks usually but then it typically relates to vSAN. I have not seen too many publications from VMware on this topic, so I figured I would share this publication with you:

The paper starts with a brief intro and then explains the different modes in which PMEM can be used, either as a “disk” (vPMEMDisk) or surfaced up to the guest OS as an NVDIMM (vPMEM). With the latter option, there’s also the ability to have some form of application awareness, which is referred to as the 3rd mode (vPMEM-aware).

I am not going to copy and paste the findings, as the paper has a lot of interesting data and you should go through it. One thing I found most interesting is the huge decrease in latency. Anyway, read the paper and get familiar with persistent memory / NVDIMMs, as this technology will start changing the way we design HCI platforms in the future and cater for low latency / high throughput applications in traditional environments.