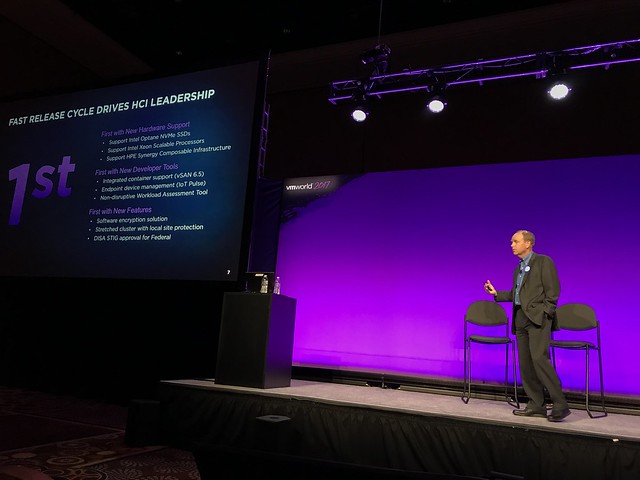 Lee Caswell kicked off talking about the customer adoption and spoke about some of the fundaments of hyper-convergence and storage management. I think the numbers speak for itself that Lee spoke about, an expected marked size of 10.7 billion USD f for HCI in 2021, growing 3x faster than traditional storage systems. Key reason for it being: simplification of ops/architecture. And that is the reason we just hit 10k customers. 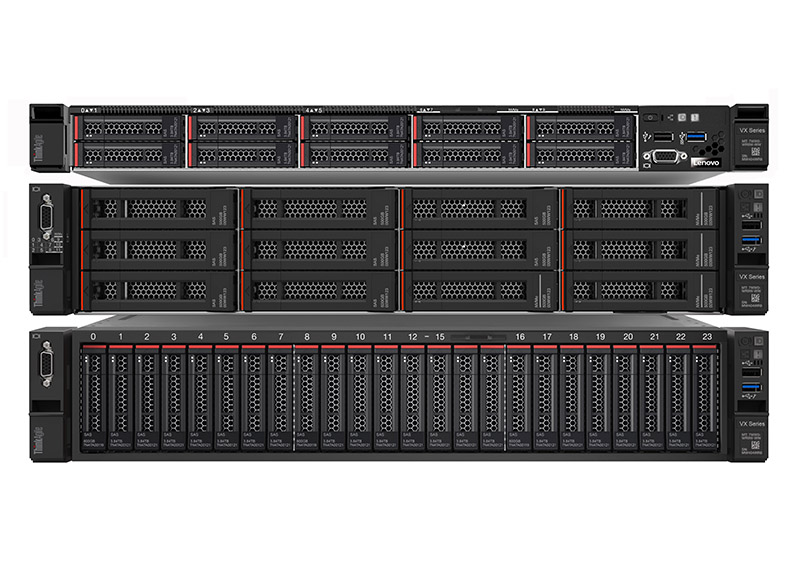 vSAN had 2 major releases in the past year, with some “firsts” during the past 12 months. Like first in HCI to support Intel Optane NVMe SSDs and HPE Synergy support etc. Today Lenovo released a new integrated HCI system called ThinkAgile VX. ServeTheHome has a great article on it, make sure to read it. What is the benefit over a ReadyNode? Well for instance that all support is coming from Lenovo, it is “appliance style”.

Jeff Hunter was pulled up to on stage to demo vSAN and the power of vSAN in terms of performance and ease of use. Jeff moved a VM from NFS to vSAN and shows what the performance increase was. More importantly in my opinion was how easy it was to move the VM by leveraging Policy Based Management. (Change policy and the correct datastore is presented, vSAN in this case.)

Next is announcement around “licensing”, single socket solution, 3 servers including all licenses for less than 25k. Great price point of which hopefully many SMBs and Enterprises which need a ROBO/Edge solution can benefit from.

Dean Perrine is up next and is discussing what Fox is using vSAN for and why. They replaced their NetApp FlexPod environment with Cisco UCS C220 with vSAN. Main reason for replace the FlexPod was the need to reduce complexity, lower power consumption while increasing performance. Fox had problems around Database performance, and it was critical to support this. The environment is used to run Mission-critical video applications like their broadcasting system and channels like Fox Sport etc. In other words, events like the Superbowl are hosted on vSAN as an infrastructure. Currently running across multiple sites leveraging vSAN, NSX and SRM to provide resiliency and flexibility need to run important workloads like this in a highly resilient fashion.

Up next Christos Karamanolis, so it is going to get technical. First up discussing performance, most critical for enterprise customer is predictable performance. Christos shows a benchmark that the vSAN team ran, which was a Stock Brokerage (TPC-E like) workload. What is shown is consistent latency below a millisecond across tests and database sizes. As Christos emphasizes, very important for customers like Fox, as large latency spikes could easily disrupt broadcasting large events.

Christos next demoes the Performance Diagnostic feature that is part of vSAN 6.6.1. If you haven’t seen it yet, watch my demo on youtube. The feature in short analyses benchmarks and provides you tips and hints around how to improve your benchmark or your vSAN configuration from a policy, software or hardware point of view. 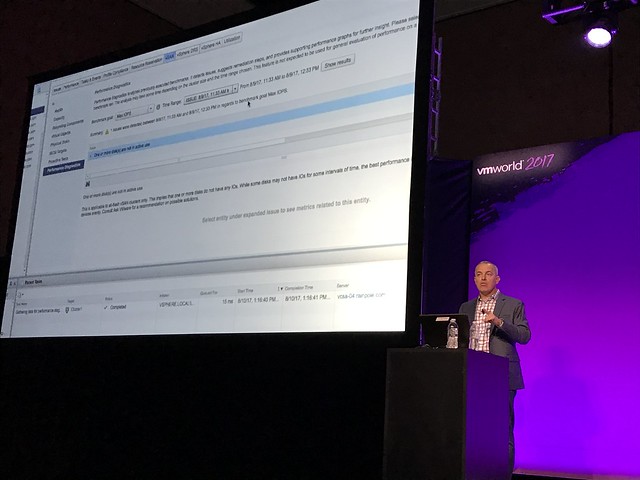 Next Christos discusses vSAN usage for VMware Cloud on AWS. What was interesting here, is what Christos mentioned around scaling: independently scale vSAN / Storage from Compute. He didn’t add much detail, so I cannot share much more than this, so I will leave it up to your imagination.

Storage for Cloud Native Apps is up last. What if you have Kubernetes or are using Docker? Can you leverage vSAN or something else? Meet Project Hatchway. Which is a combination of a Docker Volume Service and the vSphere Cloud Provider for Kubernetes. Drivers for storage, natively integrated for instance with Kubo. Leveraging Policy Based Management control/manage/monitor your persistent storage for you containarized workloads. There’s a ton of detail to be found on StorageHub here. Something else that will be introduced to optimize vSAN for workloads like Cassandra / MongoDB etc is the ability to have “storage affinity” for your workloads. In other words, data is co-located with the VM and we will not move the VM around is locality is key for these workloads. You can also imagine these workloads to be deployed with a low “failures to tolerate” level as availability is provided by the app.

And that was it. Great session, thanks for that. Looking forward to sitting in on some of the other “vision/futures” vSAN related sessions. 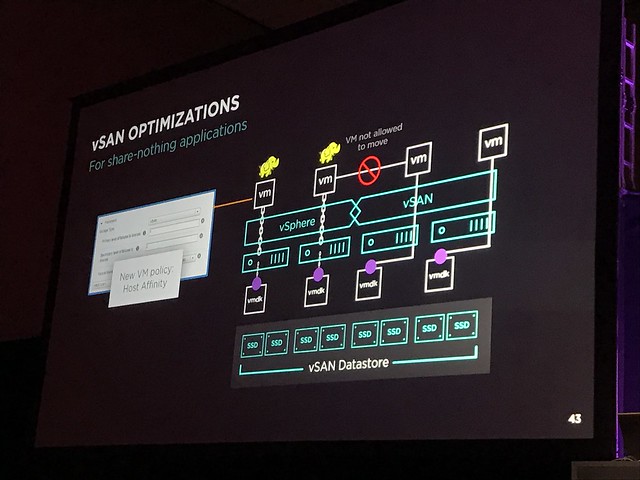