I have been busy in the lab with testing our VR workload within a VM and then streaming the output to a head-mounted display. Last week I received a nice new shiny NVIDIA RTX6000 to use in my Dell Precision workstation. I received a passively cooled RTX8000 at first, by mistake that is. And the workstation wouldn’t boot as it doesn’t support that card, great in hindsight as would have probably been overheated fast considering the lack of airflow in my home office. After adding the RTX6000 to my machine it booted and I had to install the NVIDIA vib on ESXi. I also had to configure the host accordingly. I did it through the command-line as that was the fastest for me. I started with copying the vib file to /tmp/ on the ESXi host using scp and then did the following:

The above places the host in maintenance mode, installs the vib, removes the host from maintenance mode and then reboots it. The other thing I had to do, as I am planning on using vGPU technology, is to set the host by default to “Shared Direct – Vendor shared passthrough graphics”. You can also do this through the command-line as follows:

I configured it set to “performance” as for my workload this is crucial, it may be different for your workload though. In other to ensure these changes are reflected in the UI you will either need to reboot the host, or you can restart Xorg the following way:

That is what it took. I realized after the first reboot I could have configured the host graphics configuration and changed the default policy for the passthrough assignment first probably and then reboot the host. That would also avoid the need to restart Xorg as it would be restarted with the host.

And for those who care, you can see within vCenter which VM is associated with which GPU, but you can also check this via the command-line of course:

And the following command will list all the devices present in the host:

Today the vSAN Deep Dive ebook promo starts for the UK market! Unfortunately, Amazon only allows us to run these promotions in 2 stores, .com and .co.uk. So we scheduled them where possible. Starting today the ebook will be available on .co.uk for 0.99 pounds for a full week! So to be clear, it starts on the 20th of January and ends on the 27th! Pick it up here: https://www.amazon.co.uk/VMware-vSAN-6-7-Deep-Dive-ebook/dp/B07L8CNZ53/. After the 27th the book will return to the normal price. We hope you all will enjoy it.

Warning before the post, I don’t have a good solution for you unfortunately at this time. One of the things I have been testing during my Take 3 is to have multiple head-mounted displays (VR goggles) on the same network connecting to multiple VMs. With ALVR this is pretty easy to do as the ALVR interface allows you to select the head-mounted display (HMD) you want to connect with as shown below. Very easy to use, and it allows you to always connect to the same head-mounted display as there’s an “auto-reconnect” option as well. (Which wasn’t always consistently reconnecting in my testing, unfortunately.) 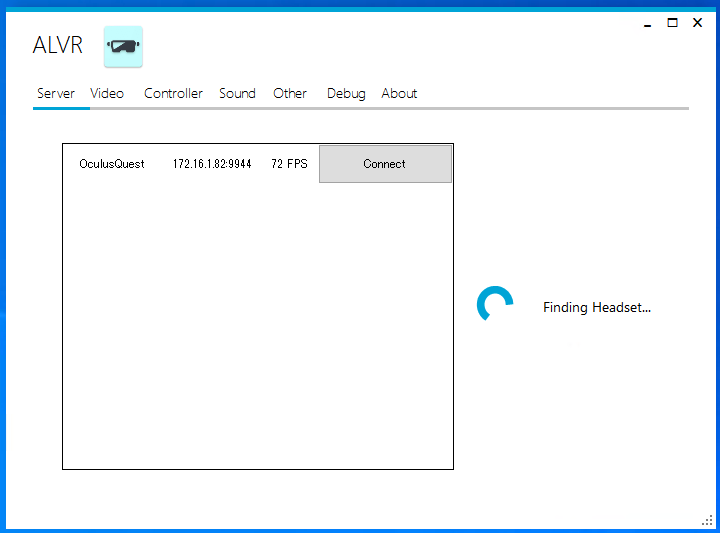 I figured AMD would offer something similar, and it appears they do. After installing the AMD Radeon Pro software I couldn’t find the option that was described on Github. In the Radeon Pro software there’s no “devices” tab. Then I noticed that this is, unfortunately, only available for Adrenalin 2020, which is different then Radeon Pro software. So it seems that this functionality hasn’t been ported yet. 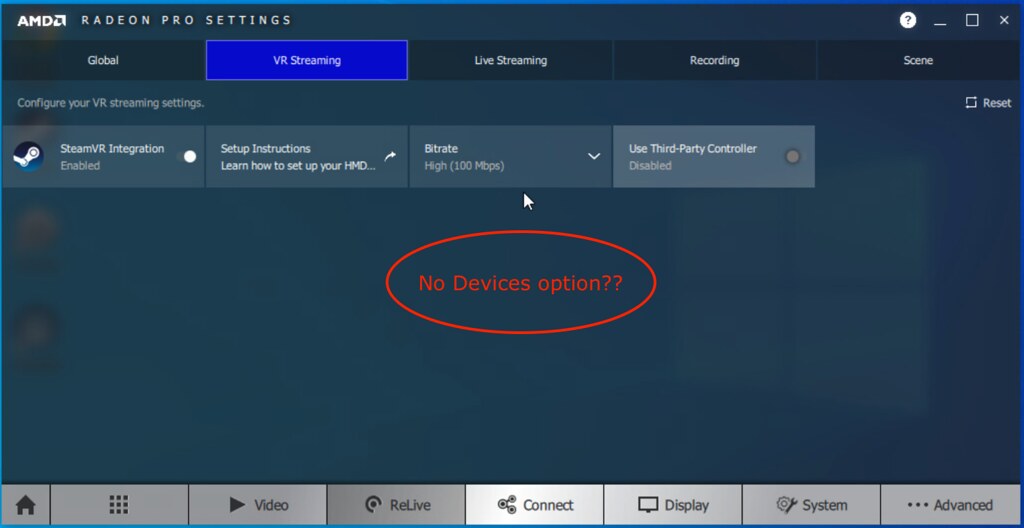 Can you get around it? Well, of course, you can have multiple VMs with ReLive VR instances running and have HMD’s connect to them, but this would be completely random. During normal behavior this wouldn’t be a problem, but when troubleshooting this would make life a lot more challenging. The way to get around it today would be to create different (wifi) networks and separate each pair (VM+ReLive VR instance and HMD) logically. This would work okay with a few head-mounted displays, but of course would not scale when you have more than a few. Let’s hope that AMD solves this problem soon. I reached out to AMD for a comment, they mentioned that you can use the Adenalin 2020 driver as well for the Pro cards, and that the feature for the Pro card is coming soon. 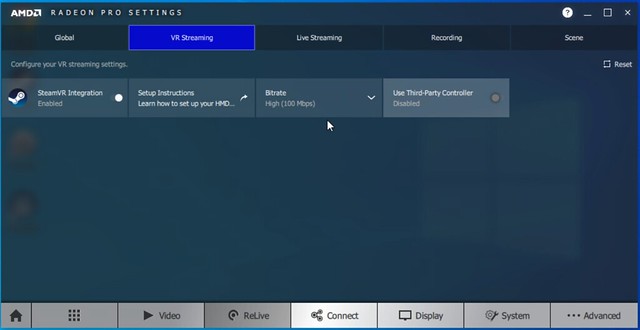