Internally I received a comment around the upgrade to 6.6 and the disk format version change. When you upgrade to 6.6 also the version of  disk changes, it goes to version 5. In the past with these on-disk format changes a data move was needed and the whole disk group would be reformat. When going from vSAN 6.2 (vSphere 6.0 U2 that is!) to vSAN 6.6 there is no data move needed. The update is simply a metadata update, and on the average cluster will take less than 20 minutes.

When introducing encryption in to the environment you will need to evac data though as this will be a reformat of the disk. Reason for it being is that the disk will need to be encrypted and so will the data. This doesn’t mean however that if you want to “rekey” your environment a full format and data move is needed, vSAN Encryption has the ability to do a so called “shallow rekey” which means that the Key Encryption Key (KEK) will be replaced (see animated gif below), but not the Data Encryption Key (DEK). It is possible to do a deep rekey, but this will mean a full reformat and data evac of all disk groups. I hope that clears things up.

Yesterday I posted a quick video overview of a couple new features that are part of vSAN 6.6. (haven’t seen it, go watch that one first!) I mentioned in that demo that I would potentially do one on Encryption. As I had over a dozen people asking already I figured I would throw a demo together today. Build an environment in our development cloud and below is the result. In the demo we will show how to configure vSAN Encryption and more. Oh, 1080p version can be found here. Enjoy. 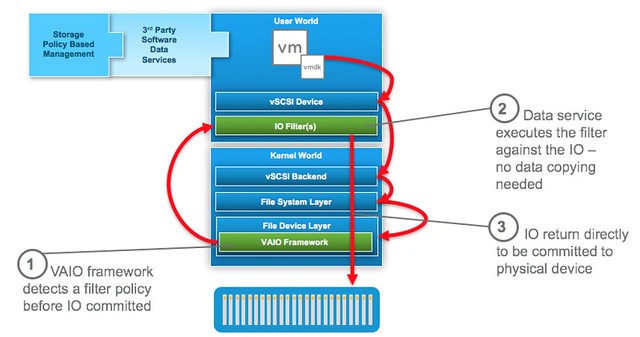