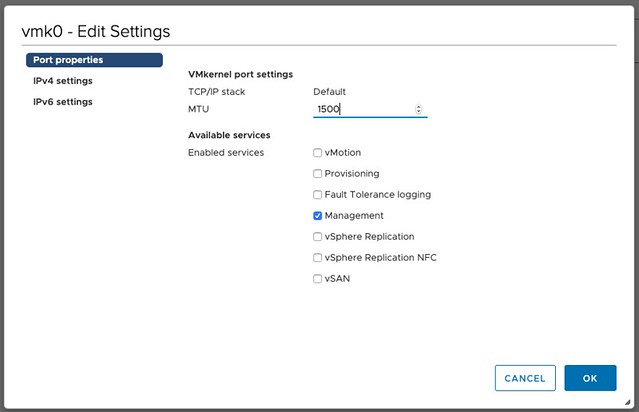 I received two questions this week around partition scenarios where after the failure has been lifted some VMs display the error message “vSphere HA virtual machine failed to failover”. The question that then arises is: why did HA try to restart it, and why did it fail? Well, first of all, this is an error that in most cases you can safely ignore. There’s a KB on the topic which gives a bit of detail to be found here, but let me explain to also in a bit more depth.

In a partition scenario, each partition will have its own master node. If there is no form of communication (datastore / network) possible, what the HA master will do is it will list all the VMs that are currently not running within that partition. It will also want to try to restart those VMs. A partition is extremely uncommon in normal environments but may happen in a stretched cluster. In a stretched cluster when a partition happens a datastore only belongs to 1 location. The VMs which appear to be missing typically are running in the other location, as typically the other location will have access to that particular datastore. Although the master has listed these VMs as “missing and need to restart” it will not be able to do this. Why? It doesn’t have access to the datastore itself, or when it has access to the datastore the files are locked as the VMs are still running. As a result, this will, unfortunately, be reported as a failed failover. Even though the VM was still running and there was no need for a failover. So if you hit this during certain failure scenarios, and the VMs were running as you expected, you can safely ignore this error.

I had this question twice in the past three months, so somehow this is something which isn’t clear to everyone. With HA Admission Control you set aside capacity for fail-over scenarios, this is capacity which is reserved. But of course VMs also use reservations, how can you see what the total combined used reserved capacity is including Admission Control?

Well, that is actually pretty simple it appears. If you open the Web Client, or the H5 client, and go to your cluster then you have a “Monitor” tab, under the Monitor tab there’s an option called “Resource Reservation” and it has graphs for both CPU as well as Memory. This actually includes admission control. To verify this I took a screenshot in the H5 client before enabling admission control, and after enabling it, as you can see a big increase in “reserved resources”, which indicates that admission control is taken into consideration. 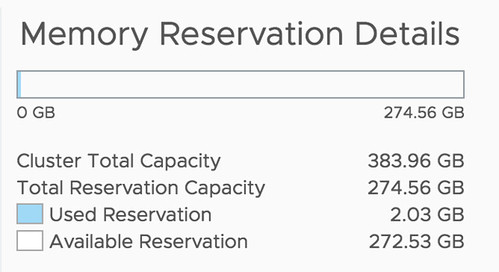 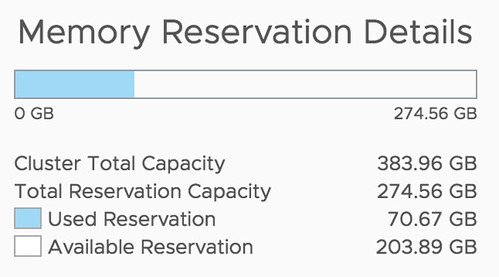 This is also covered in our Deep Dive book, by the way, if you want to know more, pick it up.

I was testing various failure scenarios in my lab today for the vSphere Clustering Deepdive session I have scheduled for VMworld. I needed some screenshots and log files of when a datastore hit an APD scenario, for those who don’t know APD stands for all paths down. In other words: the storage is inaccessible and ESXi doesn’t know what has happened and why. vSphere HA has the ability to respond to that kind of failure. I wanted to test this, but my setup was fairly simple and virtual. So I couldn’t unplug any cables. I also couldn’t make configuration changes to the iSCSI array as that would rather trigger a PDL (permanent device loss), so how do you test and APD scenario?

After trying various things like killing the iSCSI daemon (it gets restarted automatically with no impact on the workload) I bumped in to this command which triggered the APD:

This triggered APD, as witness in the fdm.log and vmkernel.log, and ultimately resulted in vSphere HA killing the impacted VM and restarting it on a healthy host. Anyway, just wanted to share this as I am sure there are others who would like to test APD responses in their labs or before their environment goes in to production.

There may be other easy ways as well, if you know any, please share in the comments section.